A downloadable game for Windows

Outside of your room you meet a strange boy, who claims he is your friend, and you must find your true past by walking through all the worlds behind all of the drips.
By walking through maps, you can truly become friends with your companion, and deduce what was your past, and why you forgot everything.
You must gain all effects and make some good decisions to get the best ending.

This game mentions of dead animals, human experiments and gore stuff, like flesh piles or guts out of the body.

Main characters are the nameless girl, and a boy named Daniel.
In the game there are few more characters and NPC's, but you cant talk with most of them. 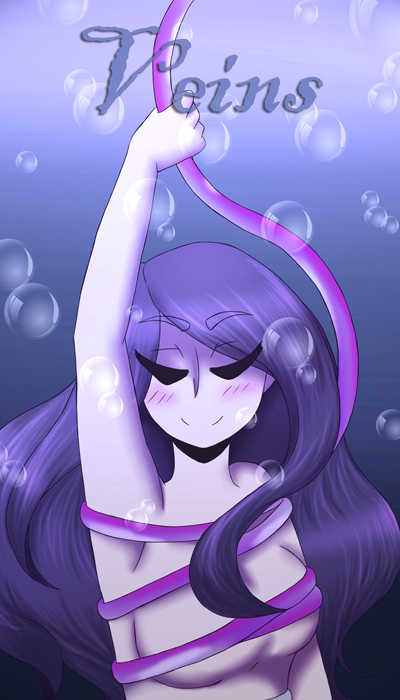 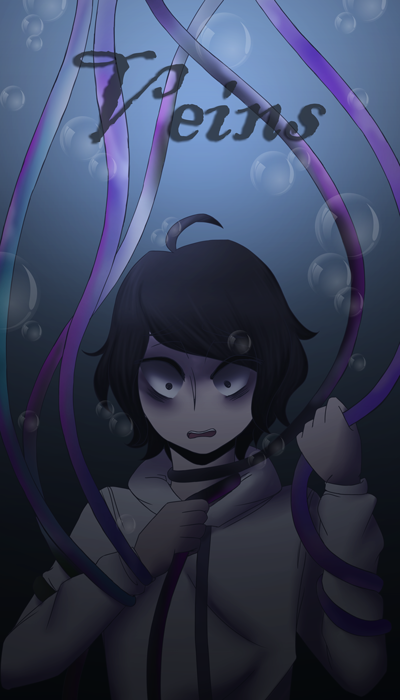 Games of James291 days ago

Played this after playing the creator's second game, Dream of Gluttony, so I will do some comparisons.

Imho, the character movement was way too slow. Rabbit effect makes it better, but could be faster. Next, I didn't really like the mazes. Sometimes, the maze maps were just too massive. Wished to have more freedom in exploration for those kind of maps. The pixel art was pretty good at times imho (the eye nurses were great), the other art for full characters was not always that great (some of it was pretty good though), but totally acceptable for a free indie game. Comparing with the next game I can definitely say though that the art did improve, which is very nice to see!

Ok, now with the things I liked:

The story was actually really interesting, once again! I also really liked that the true ending was pretty long and takes its time to give a proper explanation to what is going on. There was also enough foreshadowing, which was subtle enough to not give away the story, but obvious enough to have an a-ha moment later on, which was really nice. Also, the music in the game was really good at times, especially the title music and the music in the art gallery. That D-person (forgot her name) got some talent!

Overall, it's a little difficult for me to give a conclusion. On the one hand, I would not say that this game is a must play. Imho, it didn't even feel very 'Yume Nikki' to me, since it had quite a lot of purpose, ultimately. On the other hand, for me, personally, it was a really interesting game, also because I had played Dream of Gluttony, and because the the story was interesting and also partially connects to the other game (and the green rabbit character is here too!). It is also pretty clear that a lot of effort went into this game. I really liked the music play room at the end, which also shows the extra effort put in by the creator.

Thank you for your feedback ^^! It was my first game, so I kinda tried to mix up Yume Nikki-like world with my own idea, and some decisions werent that good xD. But i'm happy that you've enjoyed the story! Its a really important part for me. And thank you for playing it :D

To my suprised,I spent more than 1 hour watching the whole ending.The longest ending among Yume Nikki Fangames.Story is good;)

Haha yeah, it was the whole part of the game xD im glad you liked it!

I made a wiki for your game (again): https://rpgmaker.fandom.com/wiki/Veins

Awww thank you so much >u<!

nothing at all, is just intersting 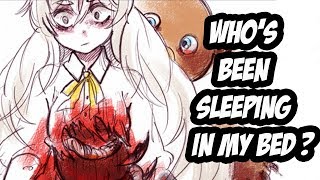 I had one conflict with this game and that's in the art gallery.

There was a very realistic corpse picture that was like torn apart and it almost made me puke my brains out. I know my stomach is weak but i though the gore would be like "Hello Charlotte" with a teddy bear ripping my heart out. not like that kind of gore.

I'm used to anime and drawn art... but that was to much for me... thank you and I hope you understand that I  did come into this game with very high hopes and they were proven right too. this is a amazing game but the gore part was a little bit extreme.

Oh i see, sorry to hear it :o I think you arespeaking about one of Zdzisław Beksiński's paintings. Some of them are just like list, but it gave a perfect atmosphere for my game. Hope you wont dislike it because of that picture, haha ^^"

no no Like I said this is a amazing game. It's honestly like a 4 - 5 star game hun just the gore part was the part I couldn't handle but I still love the game and I was just about to play your other game until I saw you replied to my comment. =)

But if people can handle that kind of gore this game would be perfect match for them. Maybe I need a tougher stomach tho.

I don't comment on stuff unless I think it can maybe help so I'm not gonna say anything like "There was gore! dislike" cause you stated that there was gore and I got myself into it so I'm to blame on the gore stuff not you. Ps the atmosphere was fuckin perfect!

oh well! It would be awesome to be friends! if you have. Steam or line my name is EpicIsaacPlayer 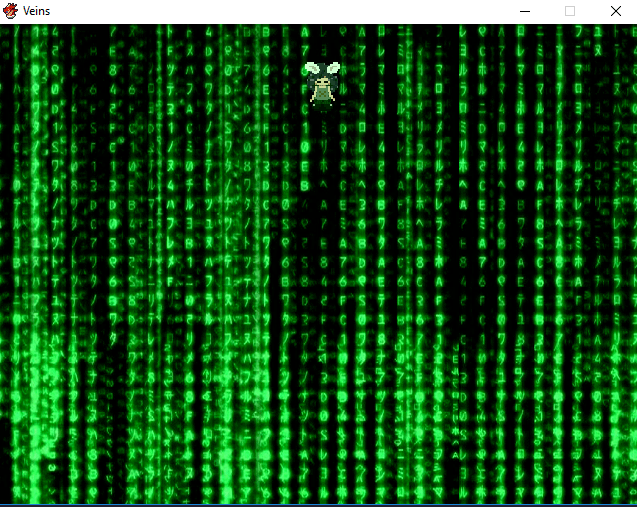 I'd hate to ask, but is there a walk through for this area of the game? I know there's a few secrets to find but I'm like forever stuck in this area and cannot seem to advance right at all. Thanks.

hey, my game cant run. it said unable to find file : audio/SE/bell1. how am i supposs to play?( sorry if my english is bad )

Hi! Do you have http://www.rpgmakerweb.com/download/additional/run-time-packages <- this thing installed on your computer? It should work with this!

While I'm not opposed to giving Yume Nikki Fangame creators money, you are using a modified sprite of Kikiyama's and are kinda selling it in spite of using something you didn't get permission to make money off of.  Even though you don't have to pay for the game to download it, I'd suggest you'd take the "name your own price" tag off unless you reupload a version with your own sprite base instead.

Hoh okay, if you say so. Done

Thanks man.   All you got to do is update the sprites when you feel like it and then $$$$ :D

Hah, i dont mind money, i just left it default so its not a problem XD i planned to make it with sprites in yume nikki style so its okkk

Reply
Games of James294 days ago

Isn't it mostly just the eyes that are a bit similar, which is like a region of 10 pixels? In most Yume Nikki fangames, the sprites of the main character look partially similar to Madotsuki. Feels like you are really overreacting. Kikiyama didn't complain, so why are you? 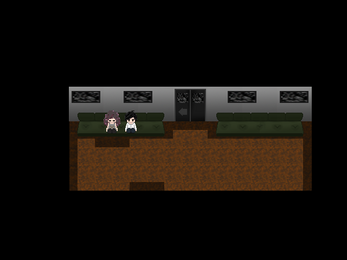 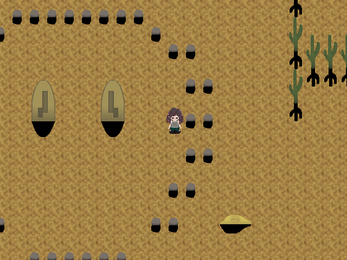 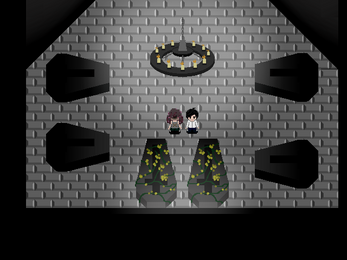 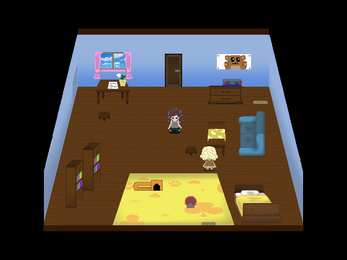 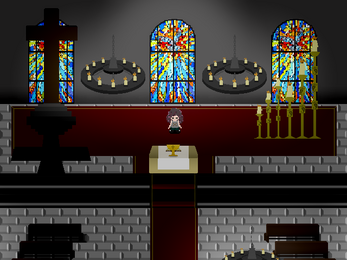 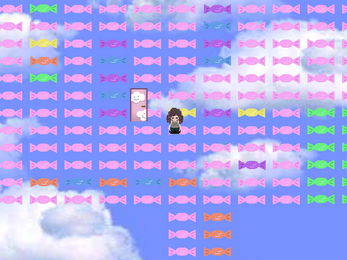